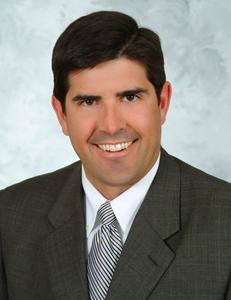 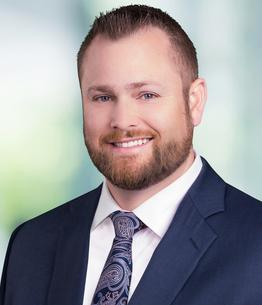 Rob was born and raised in Iowa and graduated from Iowa State University (B.A. 1991) and the University of Iowa College of Law (J.D., with Distinction, 1994).  He moved to Nevada in 1994 after accepting a position with the Nevada Law firm of Laxalt & Nomura and was admitted to the state bars of both Iowa and Nevada that year.  He left Laxalt & Nomura to start Dotson Law in 2016.

Rob is licensed and practices in State and Federal Courts in Nevada and before the Ninth Circuit.  He handles matters venued throughout Nevada.  His practice focuses upon complex litigated matters, commercial disputes and business disagreements, contract disputes, insurance coverage determinations and disputes, personal injury and tort cases, as well as appeals of civil matters.

Rob is dedicated to improving the administration of justice in Nevada.  He is a member of the State Bar of Nevada and the Washoe County Bar Association and served as an officer (2001-2007) and President (2006-2007) of the Washoe County Bar Association (2001-2007).  He was appointed to and continues to serve on the Nevada Supreme Court Bench Bar Committee (2008-Present) and also serves as a chair of the Washoe County Civil Bench Bar Committee (2013-Present).  He is a Master and Group Leader in the Reno Chapter of the American Inns of Court.

Rob has been recognized for his advocacy on behalf of his clients.  He is rated “AV preeminent” by Martindale-Hubbell Law Directory, has been named a “Super Lawyer” by Thomson Reuters, and was recognized by Nevada Business Magazine as one of Nevada’s Top Attorneys in its Legal Elite edition.

In his free time, Rob enjoys outdoor activities, including hiking, skiing, sailing and boating with family, friends and his dogs. Rob ’s Biographical Data Form will gladly be supplied upon request.

Justin was born and raised in Northern California before attending and graduating from Brigham Young University in 2004.  He graduated from the University of Iowa College of Law in 2008, and moved to Nevada after accepting a position with the law firm of Laxalt & Nomura where he remained for 10 years.  Before accepting a position at Dotson Law, Justin worked for the insurance defense firm of Bremer, Whyte, Brown & O’Meara.

Justin is licensed and practices in all Nevada federal and state courts, and is also licensed to practice before the Ninth Circuit.  He has a diverse practice but is primarily dedicated to business and contract disputes, as well as personal injury.  He also has experience in and enjoys handling appellate work.

Justin recognizes and appreciates that each case is different and strives to advise his clients on not only the legal issues that confront them, but the practical implications of a particular course of action on their personal and business interests.  Justin is a tenacious litigator who has achieved an “AV Preeminent” rating from Martindale-Hubbel.  In 2017, he was named to Nevada Business Magazine’s “Legal Elite.”

Justin is the father of 6 children and enjoys spending time with his wife and children.  He loves sports and enjoys coaching his children’s football, basketball, and soccer teams.  Justin is also active in his church and community and presently serves as the President of the Board of Alpine Academy College Prep High School.  Justin lived in Mexico for two years and is fluent in Spanish as well.